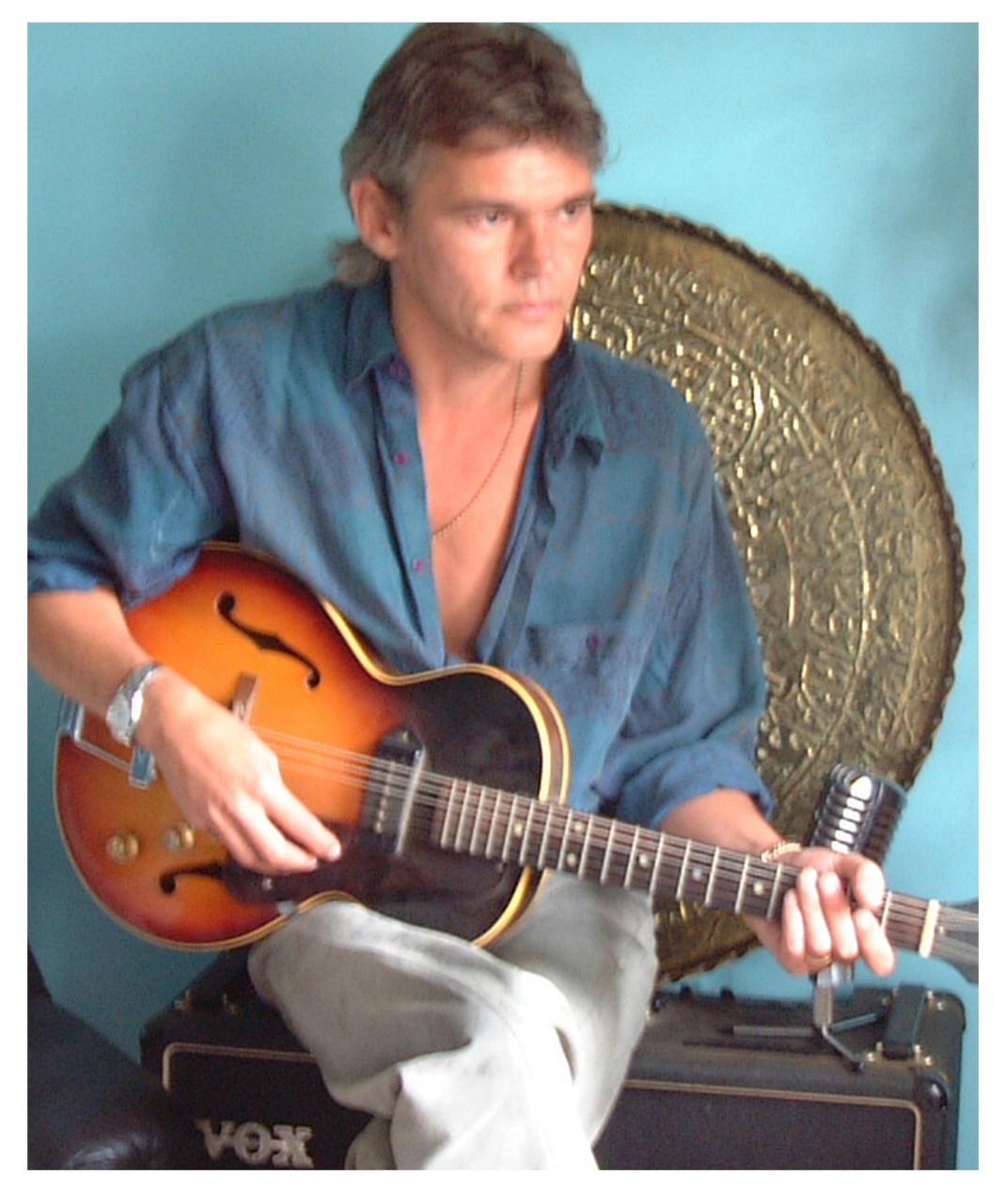 "I'm doing loads of interviews about my time with David and I find it very hard to put into words how I felt about him. It somehow digs deeper into my heart to have to write this stuff rather than re-living good times through hearing the music we created together. Thanks for your interest and support. Cheers Robin."

Q - Where were these tapes hidden all the years and what inspired you Pull them out?

RG: The tapes were in my studio. I have a vast collection, almost Everything I've been involved in since I was 16 or so. I listened to them After being interviewed by Dave Ling for his Heep book, then Jeff Perkins and other writers contacted me which made me realise so many David fans would love to hear this.

Q - What kind of condition were they in upon first listen, and did you Remember a lot of things instantly from them? [btw, were tapes labelled?]

RG: Obviously the tapes were pretty rough sounding. Over the last few years I've become quite specialised in the art of re-mastering...I used every trick in the book on this project, and a few more as well. Maybe I should add to the book! I remembered most of the material, but the rehearsal, gig and writing was fascinating to re-experience.  Tapes just said DB/RG or RG/DB etc.

RG: I left off quite a few tracks, which I didn't think were up to Standard. Maybe the songs will surface in the future...who knows? They are very good, early demos.

Q - The first set of writing demos labeled London, 1982 feature some great songs!  I am curious if these were possibly demoed for a proposed 2nd LP?

RG: David and I both loved 'Bad Girl', but the version on the CD is from the Worcester session, the first demo we recorded together, it's Pete Thompson on drums, not Steve.  Demos were towards new album. Looking back it should have been massive, but still...

Q - What do you recall of Learn The Dance, I Need Love, Fool For A Pretty Face, One Minute More? Any recall on who came up with which melody or lyric? Also, would all of these songs have been performed live at some point?

RG: David and I always wrote the same way. I would arrive with most of the chords and riffs worked out, then, as the tape shows we would hone the songs together.   Most lyrics were David's; he needed to believe in what he was singing about. Yes we played most of the songs live...I'd love to find a gig of them...maybe one day. Roy Cooke who was originally a fan and is now a good friend who just sent me loads of Dangerous Music live tapes he recorded on his walkman which I'm about to master.
So maybe someone out there has tapes of later Byron Band gigs they'd like to pass on until I get up the attic!

Q - One Minute More is one of my favorite Byron songs. David did such a wonderful job on it, even as a demo. any special memory of creating this song and how David performed it?

RG: Strangely enough I remember the session clearly, all done in one day. One Minute More was the last song we played, and it was a very long day! David sang the track sitting cross-legged on the studio floor, very unusual for such an energy man, but it seemed to add to his emotional and relaxed performance.

Q - What do you recall of the acoustic demos [what would the setting Be like]? Was anyone else present? David sounds like he was having a lot Of fun with these songs.

RG: The acoustic tracks are not demos; it is the actual writing of the songs. I included them to invite people into David's home in Reading, and give everyone a chance to experience him at the initial creation of some of what we both believed to be really strong songs. Many other people were around, Gaby and the dogs, managers and friends were always in and out.

Q - On the London 81 rehearsals there's also 'Goodnight Blues'. what Inspired this and the Last Chance Jam? Any recollections on these tunes and if they were regulars in the set?

RG: Goodnight Blues was the penultimate song of every gig, with the name of each town inserted to make the audience feel special...David's idea to my recollection, and boy it worked! Last Chance Jam was, if you listen carefully, David asking us to come up with a new idea around a groove Steve liked.

Q - The Liverpool 80 show sounds great! do you remember this gig at all? Would you have taped other shows during the Byron Band period?

RG: I remember the rioting outside, see Fiona Bond's sleeve review for an idea of the vibe that night...very worrying outside but rock and roll in the club. More show
tapes...maybe!

Q - Do you recall anything about David's commentary regarding WHO "How Do You Sleep?" was about?

RG: Yes of course I know who How do you Sleep was inspired by, but David never even told Mel Collins, who was always asking the same question, so I'm keeping this one to myself. (Very famous subject though, maybe I'll auction the answer for the
charity one day!)

Q - The band did a great job on the 2 Heep songs. were these the only 2 The band ever attempted? July Morning is pretty true to the original Heep Arrangement, but Sweet Lorraine is different, very likable.

RG: Those are the only Heep songs David wanted to do. 'July Morning' was too much of a classic to mess with, 'Sweet Lorraine' was more of a fun rock and roll track which he encouraged me to re-arrange it, it was a great track to play live.

Q - Do you have any favorite moments on 'Lost & Found'? any songs that You really love after hearing them again or any pictured memories from the Live gigs and sessions?

RG: I really like 'Learn the Dance' and 'I need Love', but 'One Minute More' is such an emotive performance it's hard to outdo. I adore David's over the top 'Blues/Roll over Beethoven' vocals...such amazing energy at the end of a show.

Q - Would there be anything else in the attic, such as tapes, film Footage or photos?

RG: I've got more tapes, no photos and no film unfortunately.

Q - Why was Angel Song included? who was this song originally written for?

RG: Angelsong is for all my dear departed friends and loved ones. It was first played at the funeral of my very close friend, Johnny Styles, who was Horrifically, pointlessly, spinelessly murdered.  David, Johnny and I spent many happy hours together. The song was played at the request of Johnny's mom.  I re-recorded the song in my grief.  I was not going to put it on the album but so many memories of David are in there I was (hopefully rightly) persuaded to include it as a tribute. It works for me and so many deeply moving messages prove it must work for other people as well. Plus it's more for your money!

Q - Have you had much contact with former Byron Band members regarding the CD release? Any feedback from them or any Heep members?

RG: Not really much contact with ex band members. I worked with Steve a few times since, and Charlie Morgan (drums Angelsong) mailed me today, it was really good to hear from him.

Q - I take it response to the CD release has been positive!? Are you Surprised considering the band never made it big commercially and that David Passed away at a time when his career seemed to be at a standstill?

RG: I'm gratified that so many people really want to hear David's music so many years after he died. I felt that it was somehow my responsibility to prove he was still a great guy, performer and friend to me and those around him, at this much vilified time in his career. I truly hope this work will prove to his ill informed critics and cynics that he still had his magic.

Q - Have you had a chance to read much of Jeff Perkin's book on David?

RG: I haven't read Jeff's book yet but he's promised me a copy very soon.